Add to Wishlist
Add to quote

We are excited to announce the release of another new SQL Server developer tool, ApexSQL Pump. ApexSQL Pump is a tool which can import and export data to and from the database in various file formats.

The user can either create a new project or open a previously saved project. For creating a new project one of two actions can be chosen – Export or Import: 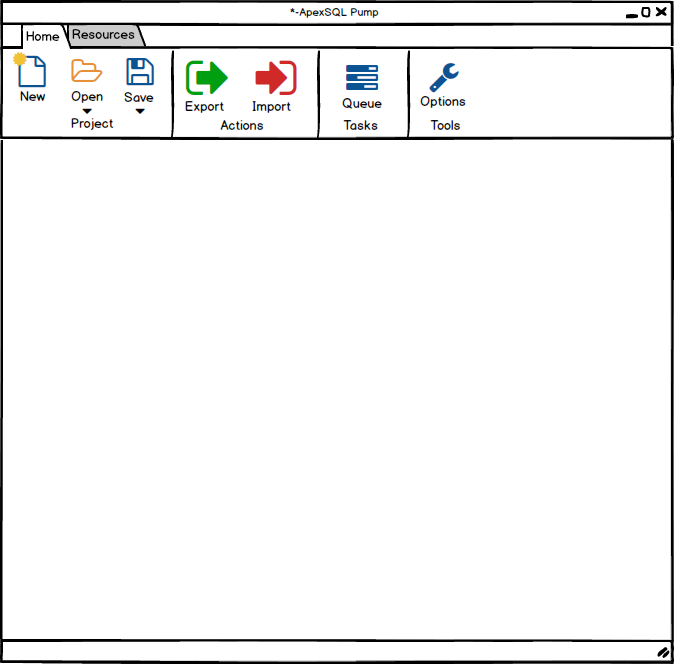 When user clicks on the Export or the Import button in the ribbon, a new window dialog will appear for selecting databases: 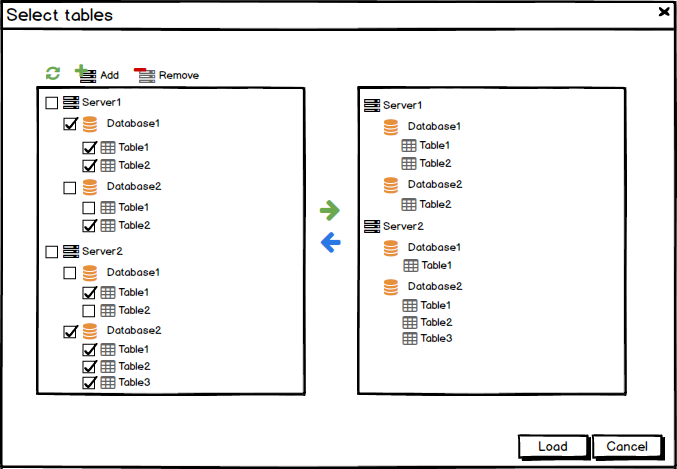 Here users can connect to one or more servers. In the list on the left they can see all the servers they added with all databases and tables. From that list, they can select tables they want to use and add it to the list on the right side. In case they change their mind about certain table or database or server, they can remove it from the list by using the blue arrow.

The window for selecting tables for exporting data is the next step, which allows user to preview the table: 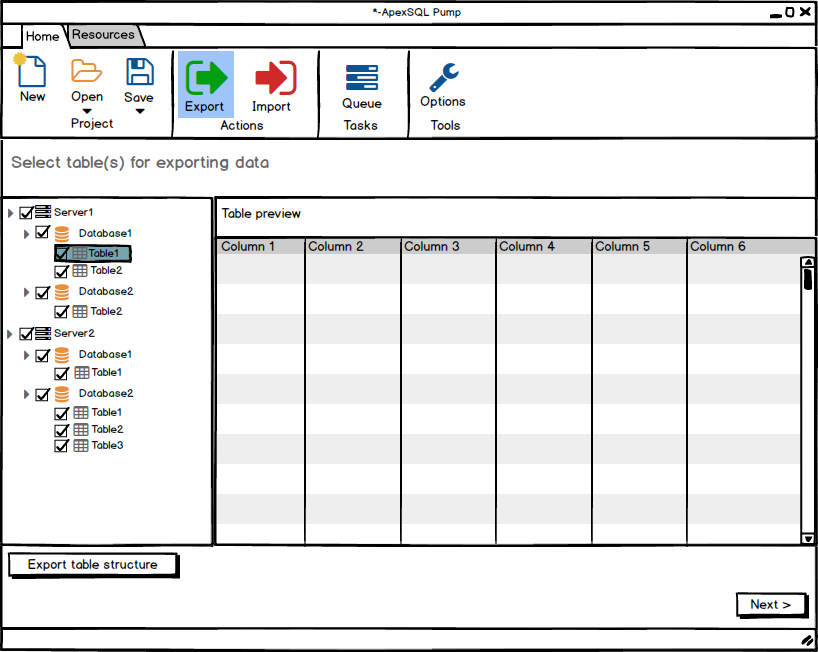 All the previously loaded tables can be seen here. In the Table preview panel the data, that already exists in the selected table, from the table they selected on the left can be seen. When another table is selected, the grid on the right will automatically change.

In this step, certain tables can be unchecked in case they are not needed after seeing the table preview.

Export table structure button creates a script for creating tables that are checked.

When the Next button for the export action is clicked, the next step is to select the file format. The window with all 19 available exporting formats can be seen, and one of them can be selected: 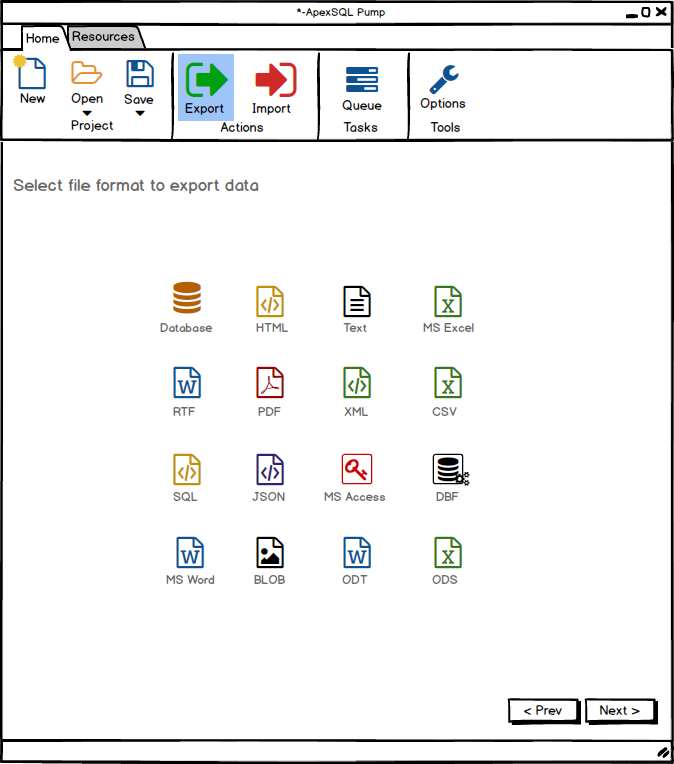 Note: Export to both Excel 1997-2003 and Excel 2007 file formats are supported. Here is only MS Excel, in the next step the format can be chosen. The same goes for MS Word and MS Access.

After this, the next steps are options for the selected file format.

It is possible to add the post deployment scripts, which will be executed after the export is finished: 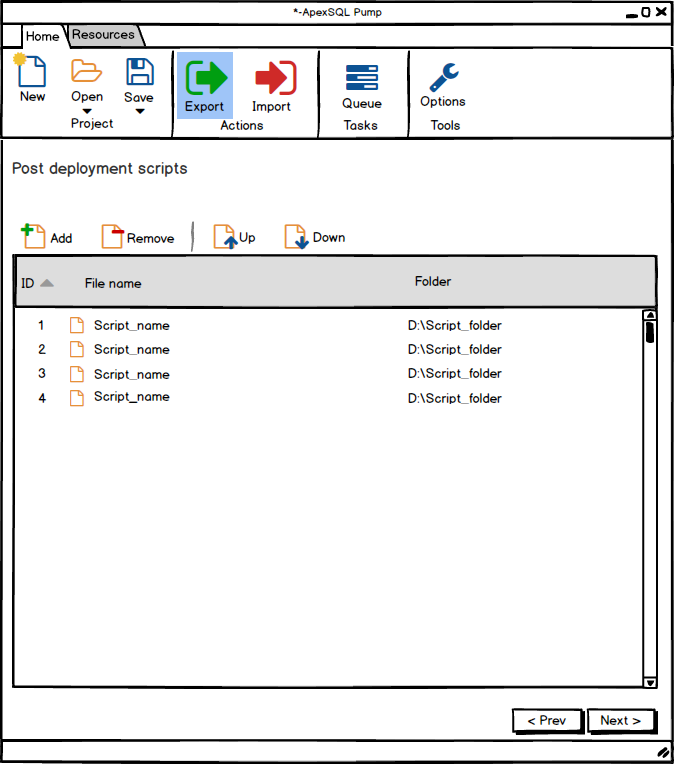 This step is optional, script or scripts can be added if there is need for that, but it can be skipped.

The Row selection is the last step of the wizard if the export action was selected: 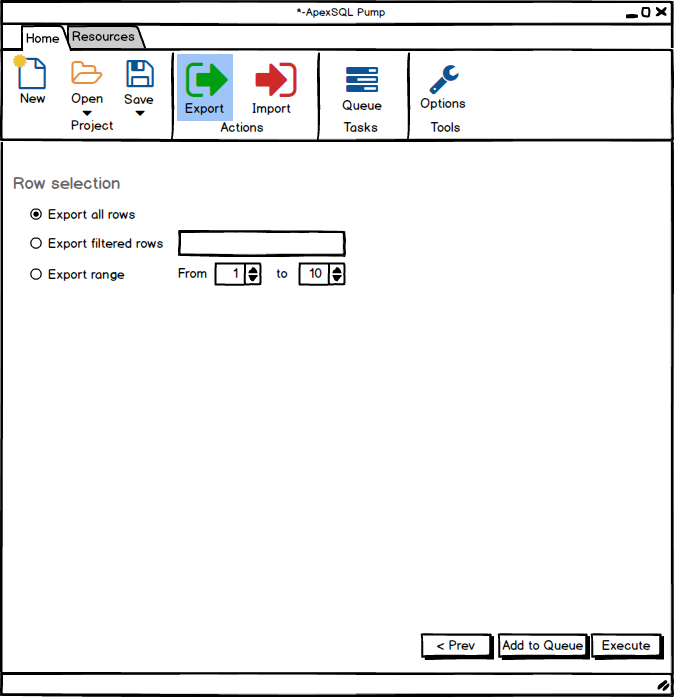 Since this is the last step, it can be chosen whether to execute this task (export data) or to add this task to Queue in case another task should be prepared (it can be both import or export) and then execute them all later.

ApexSQL Pump supports 16 different data sources for the import, one of them can be selected for the one task: 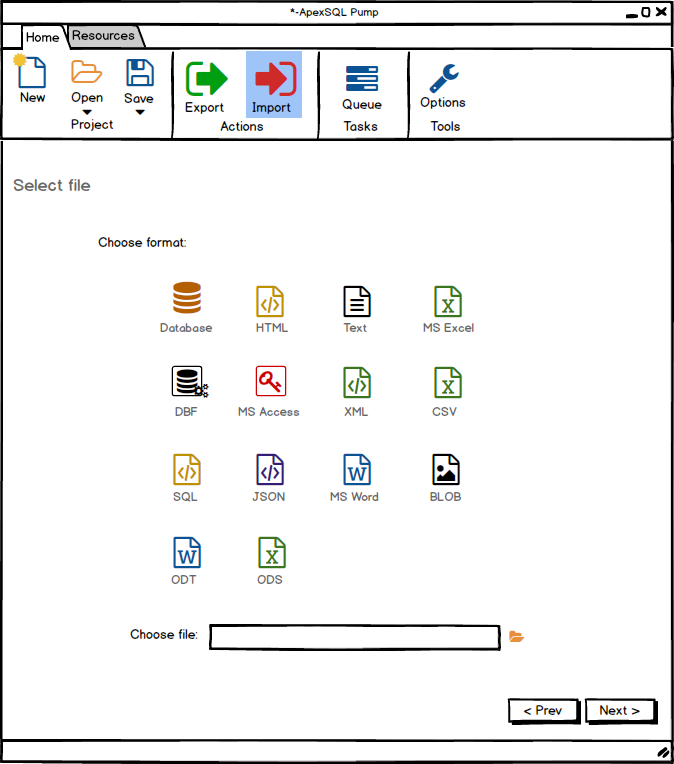 Next steps are options based on the input type.

After options are set for the selected file format, user needs to map all tables with data from a chosen file: 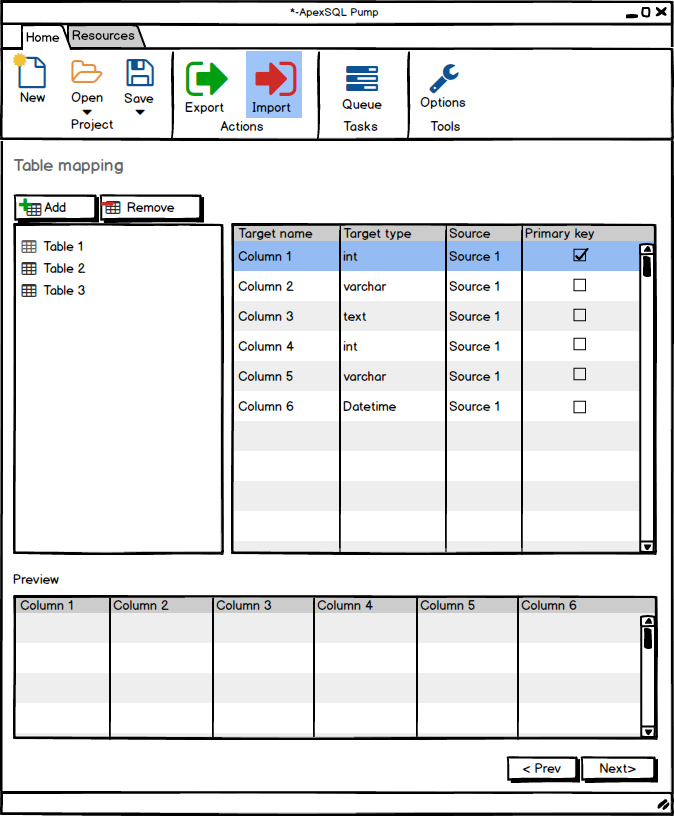 When user maps all columns from all tables, in the last step there is a possibility to add pre and/or post-execution script: 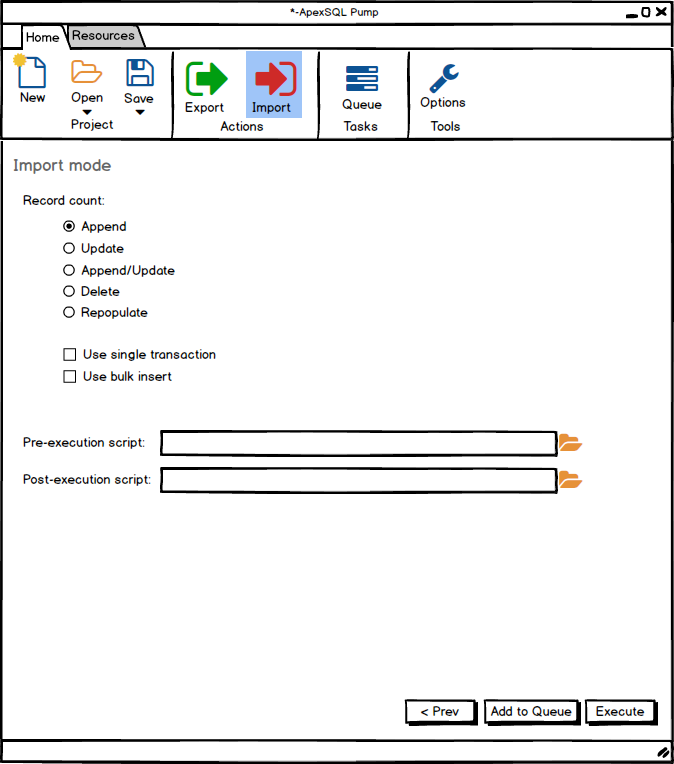 As it was in the last step for the export, here as well can be selected either to execute the task or to add this task to the queue and execute it later.

After all tasks have been created, as it was mentioned before, they can be added to the task queue and executed later. The task queue will show the type and the name of the task, date and time for each task and its status (executed or not). Here created tasks can be executed – one by one or all together, they can be edited or removed: 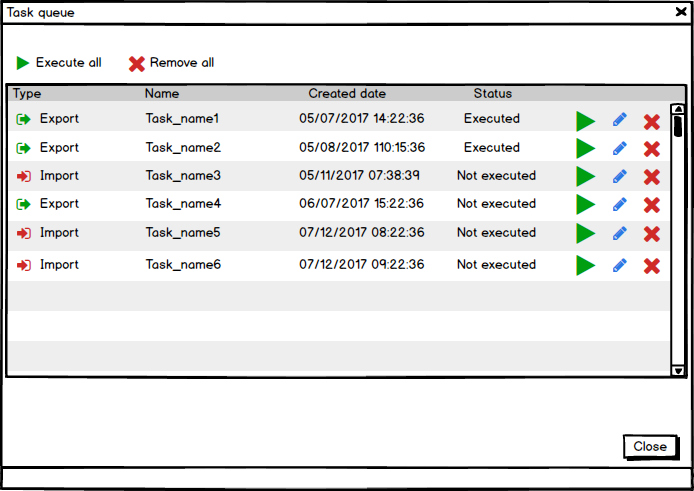